let the waves carry us 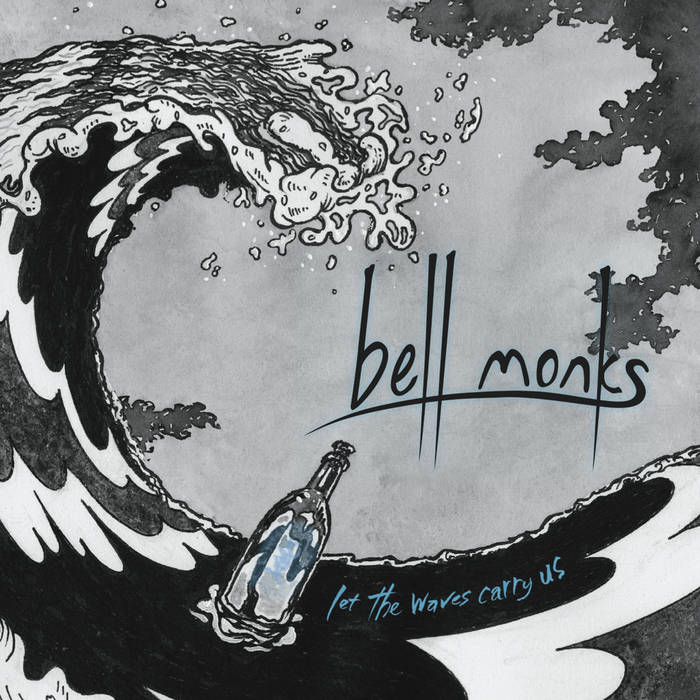 the culmination of a year-long recording project, throughout 2011, for which bell monks wrote, recorded, and released a 2-track mini-album each month (nearly 2 hours in total). at the end of the year, friends and musicians were invited to remix some of their favorites. the finished album, let the waves carry us, includes 9 of the original 24 songs, with some re-recorded and new additional parts, and is being released along with 12 remixes, most of which are dramatic re-imaginations of the original tune.

eric sheffield plays guitars, bass, and sings through his guitar.
jeff herriott plays keyboards and sings.
heidi e. johnson sings and adds some scraping sounds (2, 9). she also took photos for each song throughout 2011 (the ones on this album are in the CD tray).
matt hund plays drums.
anna weisling created videos for most of these songs, and they can be found online on our youtube and vimeo channels or whatever replaces those places in the future.

the music was written by eric and jeff (bmi).
jeff (1, 2, 3, 5, 6, 7, 9) and heidi (2, 4) wrote the lyrics.
the recording was engineered, mixed, and mastered by eric and jeff.
greg porcaro drew the lovely artwork, for which we are very thankful.
jeremy jansen digitized the artwork and created the cd layout
piano samples in pathetic and muddled were taken from jeff's piece, green is passing, performed by dante boon.

musical and artistic thanks to Ben and Pat, Trevor, Greg Porcaro, Jeremy Jansen, John and Corey from Mine All Mine Records, Greg Taylor, Dante Boon, and Craig Zahler.